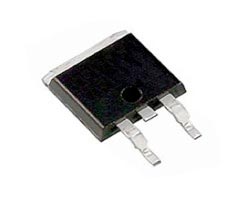 Although powerFETs or power Field Effect Transistors are very robust devices used in the automotive industry – they have their limitations. In the automotive environment, powerFETs go through the tortures of extreme temperature variations together with severe thermo-mechanical stresses. They face noisy short circuits, high arcing, intermittent shorts as well as inductive loads. These shocks can fatigue the device over time, and it can fail in a short, an open or resistive mode.

For example, if the maximum operating voltage of a powerFET is exceeded, failure happens very quickly. The powerFET goes into an avalanche breakdown once the voltage rating goes beyond the maximum allowed. If the energy within the transient overvoltage is more than the rated avalanche energy level, the device will start to fail resulting in generation of smoke, flame or it may even be de-soldered.

In some cases, the powerFET while failing may generate precarious temperatures through I2R heating. This may cause a thermal runaway for the device, but the resulting current may not be large enough to cause failure of a standard fuse protecting the powerFET. This mode of failure is of particular concern, for not only the powerFET, but also for the PCB or the Printed Circuit Board. A power of as little as 10 Watts may generate localized hot spots of above 180°C, which can damage the glass PCB’s epoxy structure leading to a thermal event.

Tyco Electronics has developed a Reflowable Thermal Protection or RTP, which is a reliable and robust surface mount thermal protector to prevent thermal damage on PCBs caused by failing power electronics. This is a secondary thermal protection device, which can replace several components such as redundant powerFETs, heavy heat sinks and relays currently used for such protection in the automotive designs.

To work effectively, the RTP device has to be placed in series and on the power line, very close to the FET. This allows the device to track the temperature of the FET and disrupt the current by opening the circuit before the thermal runaway condition generates a thermally destructive condition on the PCB. Under normal conditions, the RTP device has a low resistance, typically about 0.6mOhm.

Whenever the RTP device detects the generation of unsafe temperatures because of the failure of a power component or any other board defect, it interrupts the current and prevents a thermal runaway condition that could lead to critical damage. An RTP200 device typically opens (high resistance condition) at 200°C, which is a temperature above the normal operating temperature, but below the Lead-free solder reflow temperature.

It may seem like a paradox that the RTP device operates at 200°C but can withstand Lead-free soldering temperatures of 220°C. This is because the RTP is not in an active state unless it has been armed by passing a specific current through it for a specified amount of time. Before it is armed, the RTP can withstand three Lead-free solder reflow steps before it operates. The electronic arming procedure is one-time only and can be implemented to occur automatically or during system testing.