We continue to be amazed at the work that our friend and customer from Canada, Steve White, does.

Luckily for us, Steve graciously shares his talents by allowing us to post pictures of his recent projects.

Here’s what Steve said about his console stereo:

If I were to ever to have a legacy, this project would have to be it! Ever since I was 5 years old I’ve wanted a console stereo. 38 years later and I finally have one.

I took 2 old Magnavox cabinets that were originally the same size (both same as the large one) and added to the larger one to accommodate the turntable, and shrunk the other to be a satellite speaker to allow you place it where ever you wanted to in your room to give you the true stereo separation.

I then painted the cabinets Jet black with ice-pearl sparkles. I wanted the tube amplifier to be displayed unlike in older consoles, right next to the turntable, because to me the amp is art! I then completely restored this 1962 Garrard turntable that was reclaimed from an old console, and put the whole thing together.

Here is the result…. Sounds really nice too! 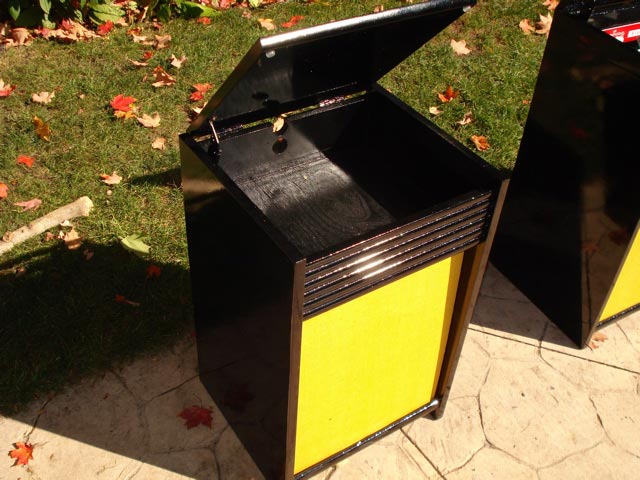 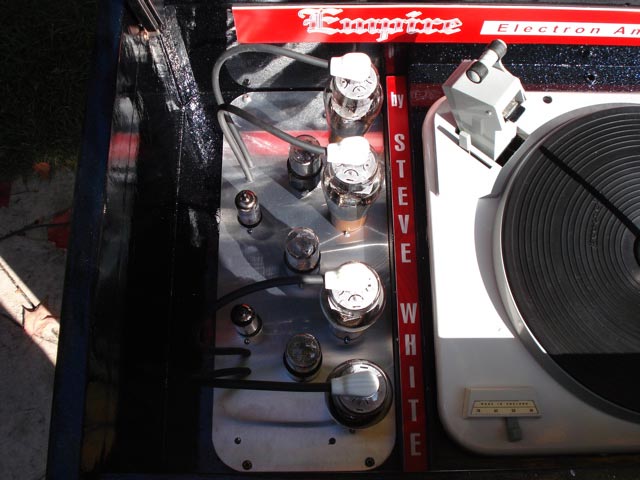 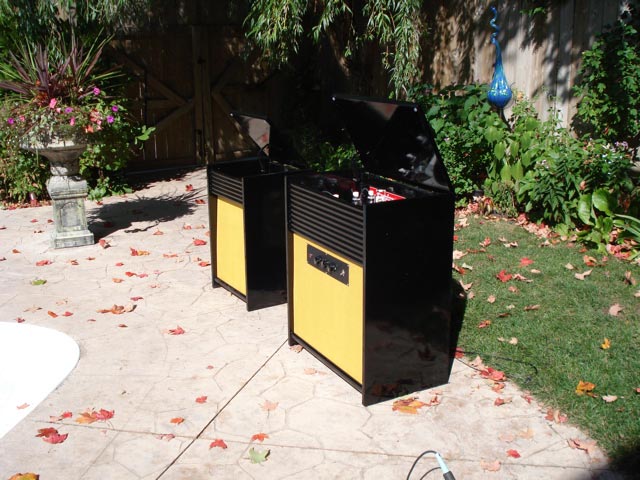