Wind turbines generate electricity from moving winds. You can see them in large numbers on wind farms both onshore and offshore. The blowing wind turns their blades, and rotates the shaft on which the blades are mounted. The shaft in turn, operates an electric generator and the resulting electric output is sometimes stored in a battery. A swarm of wind turbines can generate a substantial amount of energy. Wind turbines are often called a renewable source of energy, as they generate power from natural renewable sources, and do not consume fossil fuel, a source that cannot be replenished.

Inside the wind turbine, there are several control systems at work. These include its ability to turn the face of the turbine into the wind, called yawing, and its ability to control the angle of its blades, called pitch. Yawing and pitch extract the maximum amount of power from the blades rotating in the wind and require motors and controls. However, the yawing of a wind tower may actually twist the cables inside. The wind turbine usually has electronic intelligence built inside to untwist the cables.

As mentioned earlier, the main parts of a wind turbine are the blades mounted on a shaft. As the blades turn with the wind, the shaft rotates and spins a generator to make electricity. Most designs of wind turbines use electronic controls to generate the 60 Hz AC sine wave, although there are wind turbines that generate DC as well.

Typically, a doubly-fed induction generator is used to generate three-phase power. As this requires capacitors and a DC link, workers need to monitor the systems periodically to prevent failure of capacitors. Most of the control is similar to that used for controlling bidirectional motors, using IGBTs, and rectifier diodes in a full bridge arrangement. These components are rather large, considering the voltage generated is nearly 690 volts, and the power is in megawatts. Transformers step up the voltage from the generator to the grid power line, and there is built-in protection to limit the spikes as the speed of the wind increases.

The rotation speeds for wind turbine blades are 5-20 rpm, while a generator needs to rotate at speeds between 750 and 3600 rpm to generate power. Therefore, a gearbox in between translates the speeds. When maintenance time comes around, a combination of yawing and proper pitch is used to stop the rotation. Workers then insert pins into the shaft, locking the blades to prevent them from spinning.

Workers servicing and maintaining the blades have to dangle from ropes hundreds of feet above the ground in the air. Other parts, being within the tower, can be maintained more easily. In general, the maintenance and servicing for a wind turbine is similar to that required by any other turbine in a power generating station.

Think of the possibilities of having deep water floating wind turbines to generate energy. Are they feasible? According the Journal of Renewable and Sustainable Energy, the answer is ‘yes’.

Engineers from the Marine Innovation and Technology have demonstrated that their buoyant, triangular platform which is called the WindFloat, could support a 5-megawatt wind turbine. They have conducted studies to determine whether the platform would stay erect. The platform was anchored to the ocean floor (at 164ft of depth), balanced with horizontal plates and a ballast system to counteract the motion of the ocean. The end result? The prototype did not topple.

That is good news for many. There are other similar projects in the works, but the possibility to see a 150 megawatt floating wind farm based on the WindFloat technology is now a distinct possibility. The projected date of installation is in 2012. 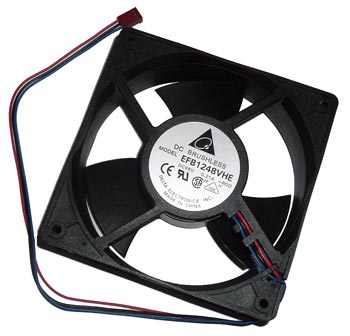 Here’s a great project that you can do either to experiment with wind turbines or to generate some energy! While the amount of energy produced is not overwhelming, this project can sure get your brain moving in the right direction.

The best thing about this project is that you probably already have everything you need lying around:

You can find the full instructions including video here: http://www.instructables.com/id/Upcycle-your-old-PC-fans-into-mini-wind-generators/

If you want to have a kid-friendly wind turbine kit that already has all the pieces you need, we sell one of those. Our kits come with full instructions and all the materials needed to try your hand at creating a source of renewable energy – a wind turbine. The kit also comes with different experiments you can try with your wind turbine once it’s assembled. Great project for summer for the kids!