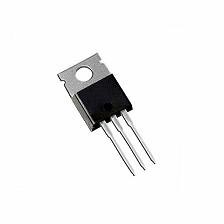 MOS-FET, which is an abbreviation of Metal-Oxide-Semiconductor Field Effect Transistor, is a very important kind of transistor. Many IC’s are constructed of arrays of MOS-FETS on a tiny sliver of silicon.

They are very small, easy to manufacture and many MOS-FETS consume a small amount of power making them an excellent choice for many applications.

It is the most common type of transistor available for either digital or analog circuits, replacing the bipolar transistor which was much more common in the past.

The word ‘metal’ in the name is actually now a misnomer because what was originally the gate material (often Aluminum) is now more often a layer of polysilicon (aka polycrystalline silicon).