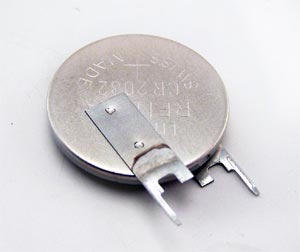 Batteries power most of our mobile gadgets. These are small chemical powerhouses, which generate electricity by the chemical reaction within the battery housing. Although there are different types of batteries available, all batteries contain cells that have two electrodes and a chemical or an electrolyte between them. Various combinations of series and parallel connections of the electrodes make up a certain voltage rating for the battery. For ease of understanding, we will treat the battery as made up of a single cell.

If the electrons find an alternate path to travel from the anode to the cathode, they will redistribute themselves and the number of electrons will gradually reduce, forcing the chemical reaction to start over again and create more electrons. This process continues until an inert layer covers one or both the electrodes. Usually, the alternate path is through a metal wire, which is a good conductor of electricity and links the two electrodes of the battery through a load or the mobile gadget requiring power.

Since the physical size of the battery restricts the quantity of chemical inside it, the current produced by the battery is also limited. The battery specification, as mAH or AH, is the product of the current and the number of hours the battery can produce this current continuously. In general, once the chemical within the battery has depleted itself or inert material has covered up the electrodes, the battery becomes useless. However, it is possible to revive or recharge certain types of batteries. These are the rechargeable batteries.

Once a rechargeable battery depletes itself, you can charge it up again by sending a current through it in a direction reverse to what it normally produces when connected to a load. This reverses the chemical reaction inside, and the electrolyte and the electrodes return to their initial condition. You can repeat this discharging and recharging process many times, until the electrolyte exhausts itself totally, and no further revival is possible.